Skip to content
Business
business
December 17, 2022
dsprime
Leave a Comment on Creating smiles on 500 patients in just a year through Ayurveda & Panchakarma 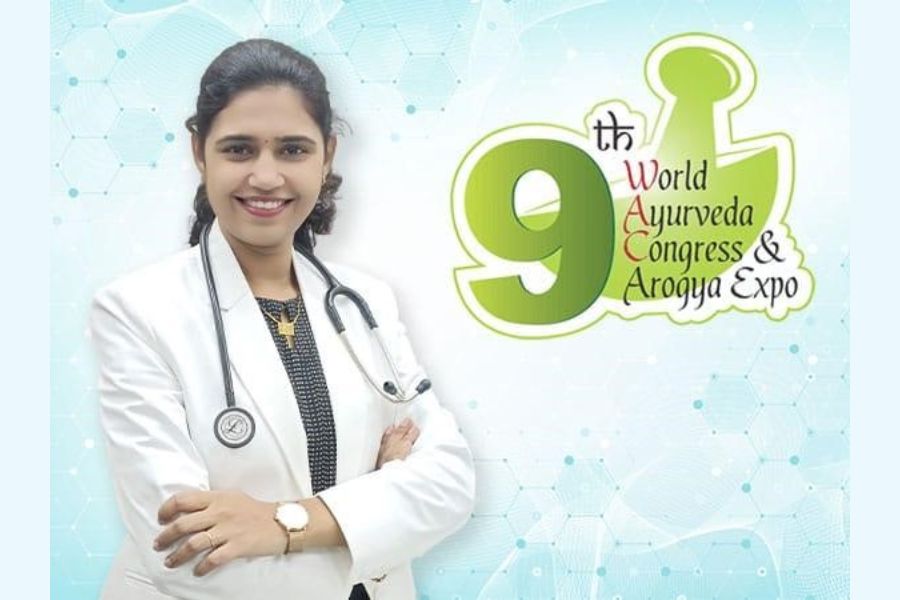 Ahmedabad (Gujarat) [India], December 17: To evaluate the Effect of Deep Breathing Pranayama and Meditation on Fasting Blood Glucose Levels was presented by Dr. Shital More- Mhaisane, at the 9th world ayurvedic congress & Arogya expo. The 9th World Ayurvedic Congress & Arogya expo was from December 8 to December 11 at Panjim, Goa in India. With a passion to educate people and create awareness about Ayurvedic & Panchakarma lifestyles, she successfully treated 500 patients in just one year. The World Ayurveda Congress (WAC) is a platform established by World Ayurveda Foundation to propagate Ayurveda globally in its true sense.

The first World Ayurveda Congress (WAC) was held in 2002 at Kochi as an outreach program, to create greater awareness and opportunities in the practice, science, and trade of Ayurveda. The subsequent Congresses organized at Pune, Jaipur, Bangalore, Bhopal, Delhi, Kolkata & Ahmedabad not only helped in promoting Ayurveda within the country but also had a huge impact in propagating Ayurveda globally.

Previous themes at the Congress have included “Ayurveda and World Health”, “Globalisation of Ayurveda”, “Mainstreaming Ayurveda”, “Ayurveda for All”, “Enriching Public Health Through Ayurveda”, “Health Challenges and Ayurveda”, “Strengthening the Ayurveda Ecosystem” and “Re-aligning the Focus on Health”.

She shared a case of a female patient, age 52, who had a history of diabetes for the last 3 years. She was taking allopathy medicines as a form of treatment to control diabetes. Dr. Shital changed her routine through diet, exercises, Ayurvedic medicines, and Panchakarma. Even after stopping all allopathy medicines her fasting sugar and diabetes were still not in control. Therefore, the reason was constant stress. Dr. Shital added deep breathing pranayama and meditation to her routine to reduce stress. The patient followed a routine of doing pranayama in the evening and meditation before going to bed. Gradually the patient maximized the timing of the exercise and within 2 months they showed the results. Her sleep got improved and her fasting sugar dropped from 140mg/dl to 90 mg/dl.

Arguably the most renowned of these branches is the Panchakarma techniques of Ayurveda. The name Panchakarma literally means “Five Actions” which is apt given the fact that this technique depends on five different elemental actions that control the body namely Vomiting, Purgation, Niruham, Anuvaasan, and Nasyam. In a way, this Panchakarma healing technique is the pillar upon which a majority of Ayurvedic techniques stand. All of the styles and methods that Ayurveda has, they all have been inspired or derived somehow from these elemental actions.

Panchkarma works best with the use of medicated oils that are used to purge the human body of any impurities that it might be harboring inadvertently. Due to its enormous potency and instantaneous effects that last longer, this method has been deemed incredibly effective in fighting off afflictions. Panchkarma is the true embodiment of Ayurvedic values and it lives up to its reputation.

Dr. Shital aims to make Pimpri Chinchwad heart disease-free and diabetes free. She feels that the main issue is the lack of awareness among people. She carries a vision to take Ayurveda to every door of society and spread the word that lifestyle-induced diseases are reversible. “When I was doing MD in ayurveda at Poddar hospital, I saw a 15-year-old boy with RA, with help of holistic ayurvedic medicine and panchakarma we successfully stopped his steroids. That was the moment when I decided to devote my life to educating people about beneficiary methods of ayurveda,” said Dr. Shital.

Dr. Shital uses panchakarma along with diet modifications. This is an ancient ayurvedic technique that is described in Charak Samhita, it improves the elasticity of blood vessels and induces happy hormones in patients.  There is a lack of awareness regarding Ayurveda. To create more awareness she is devoting time to educating the people through seminars and YouTube videos.

Asli talib is a producer and entrepreneur. He is the […]

February 2, 2023
dsprime
Leave a Comment on Asli Talib reveals how to grow as an entrepreneur and make the most of your journey